On the 17th of June, a reunion-barbecue will be organised for the alumni of Mechanical Engineering of the University of Twente, together will current Mechanical Engineers. You are welcome to grab a bite and come together again with other alumni and students. The event will be organised in collaboration with the alumni-association Principia and the study-association Isaac Newton. The barbecue will take place from 18:00 until 21:00, and will be located behind the Horst, Enschede. Unfortunately, the pumpjack behind the Horst is not able to pump up oil just yet, so there will be some charges associated with the BBQ, that will end up to €17,00 per person. For Principia members there will be an additional discount which will be calculated after the barbecue

For more information and to enrol in the event you can visit the website of W.S.G. Isaac Newton via the following link; https://www.isaacnewton.utwente.nl/events/alumni-+-students-barbecue

With kind regards,
The Principia committee of W.S.G. Isaac Newton

On the 18th of November, it was finally time for a Principia prize again. Innovation Cluster Drachten[1] (ICD), Isaac Newton and Principia worked together to come up with a challenging problem, to find students who wanted to take up the challenge and to give the student groups a place to work on this problem for a day. We managed to gather 36 students who were all willing to work their hardest to come up with the best solution.

The jury, existing of members from ICD and Principia, arrived at 8:30 at the Newton room to look through the programme and the assignment. At 8:45 the contestants arrived and at 9:00 the explanation of the assignment started.

There was a small introduction first, and then the case was explained. This year the case was about the automatization of placing sanding belts onto a CNC belt grinding machine.

After the presentation, the 9 groups had to decide on a team name and then they were off to their separate rooms to start brainstorming. The teams all had been assigned their own room in the Horst tower where they could spend the whole day working out the assignment. Most groups started with some sketches, after which they choose the best solution and started working on the more complicated design features. 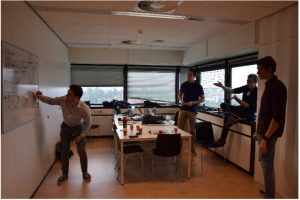 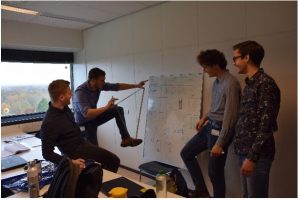 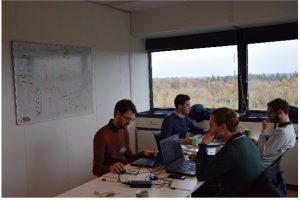 While all the groups were working on the assignment, it was also possible for them to ask questions to the jury, via WhatsApp or face-to-face. The jury made a few rounds, visiting each group’s room in the Horst. In addition to just answering questions, a prototype from Stork was also brought in. The contestants were able to take a quick look at it in the morning but the real show was at noon when the prototype had been connected and could be shown working. This was very helpful as it gave some real-life insight for the students. 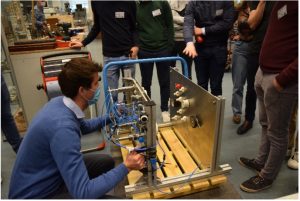 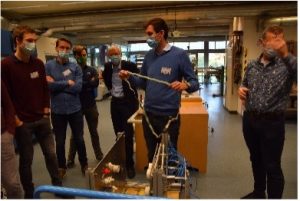 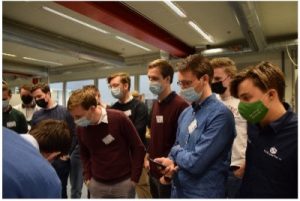 After the demonstration, it was time for lunch. During lunch, there was a presentation about ICD where they explained the origin and about all the companies of ICD. After this lunch, full of new energy and enlightened with the prototype demonstration, the students headed back to their rooms to finalize their ideas and put them in a presentation.

In the afternoon it was time for the students to show what they had been working on the entire day in a short presentation. The groups explained their thought processes, their final solution and showed some nice sketches or even SolidWorks models of their solutions. Some groups even went the extra mile and came up with a life cycle analysis, cost prediction, moving model, or slogan for their design. 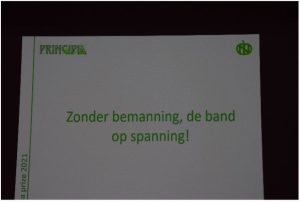 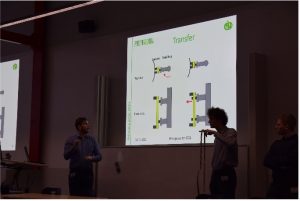 When these presentations were finished, it was up to the jury to decide which group would win the grand prize of €3000. The contestants were judged on things like creativity, quality, feasibility, costs, and the quality of their presentation. After a long discussion, they finally came to a conclusion to tell the eagerly awaiting students. They started with announcing the 2nd price, a beer tasting at the Beiaard, which was for group ‘Oosthorst Top Team’, which had the idea of placing 4 screws in a cylindrical shape. Then finally the 1st place winner was announced to be ‘Het Fundament’, with the idea of also using screws, but placing them in a triangular shape, which fitted exactly over the performer from Stork. They were very happy to have won and gladly accepted their prize. 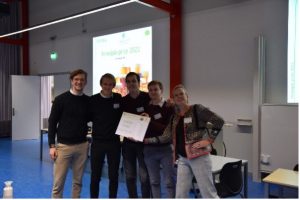 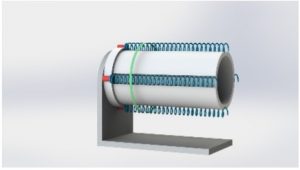 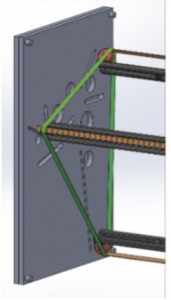 We thank ICD and Principia for helping us organize such an amazing day!

[1] Innovation Cluster Drachten (ICD) is a cluster of 23 high tech companies in the northern Netherlands. About 1500 FTE of the 4300 employees (45 nationalities) are product- and process innovators in the field of high tech systems. Together they innovate their HIGH TECH Big Five: 3D metal printing, Sensoring & AI, Vision & Deeplearning, Robotics (at customer & factories) and renewable propulsion. They offer internships, design – and master projects for talented Twente students, see their website www.icdrachten.nl 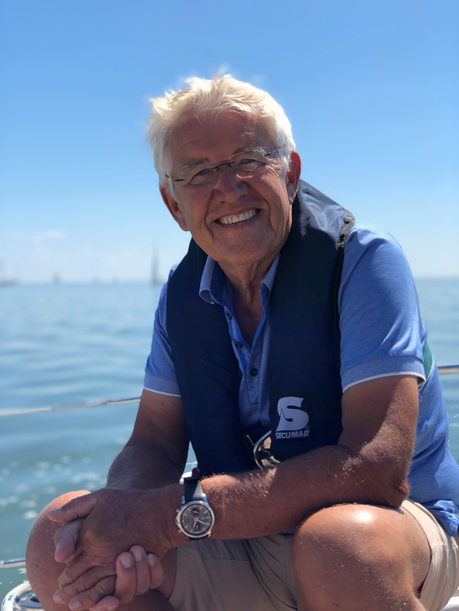 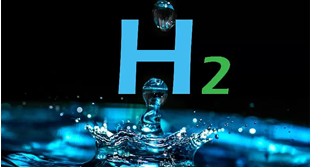